Posted on October 2, 2014 by jasonoruairc

I chart the city by its parks; green islands linked by the redbrick roads. An archipelago of forty, founded by city fathers many years ago in benevolence and self interest; oases amongst the mills, factories, shipyard smoke, noise and the crashing sound of profit.  Mens sana in corpore sano; keep the masses healthily in check; burn off any subversion in airy landscaped grasslands, bound by iron and locked at night.  Allow for the mingling of merchant and navvy on a Sunday.  Sitting at bandstands and splashing on boating ponds. The ideal of recreation for a higher purpose; to commune with nature; where games can be played, by the rules and under watchful eyes. Benign paternalism; let those who toil have reprieve in God’s air. 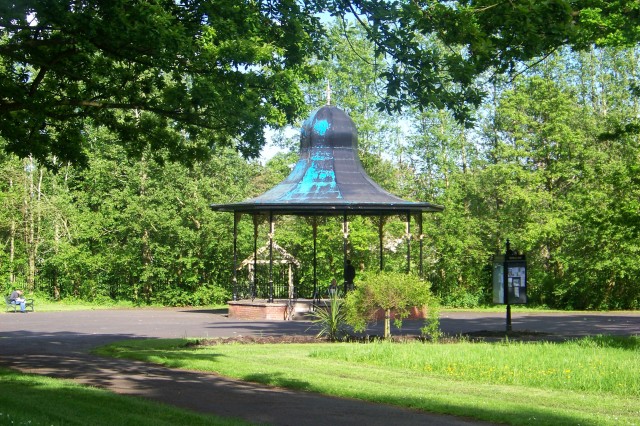 Victorian endeavour in the mercantile city from the 1860s on, buying from the landed classes the parcels they cannot keep, planting and supplanting those whose names still echo on the squares and streets. Look at the pictures you can find online, top hats and parasols and stonefaced children staring down the camera; so distant in time and experience.  Yet look; there’s the Palm House. Just as it was when I passed it last week.  There’s Dunville Park’s fountain (in flow!); a place serene and cultivated, with a mill stack looming behind.  You look closely and you recognise.  And you know how they felt, those figures in the pictures.  You can smell the grass.  The mulch in spring.  You can feel the heat of summer, when the lawns have turned yellow as there has been no rain for weeks. Old time propriety would not extinguish the delight of these sights.  The sound of the trees in a breeze.  The space to play.  The sheer freedom from hours and days in dark small rooms or large noisy halls.  Making, producing.  That contentment in being distracted by the clouds and grounds and flowers and grass and other passers-by.  And all this for free.  No admission, no membership, a space for each and all. 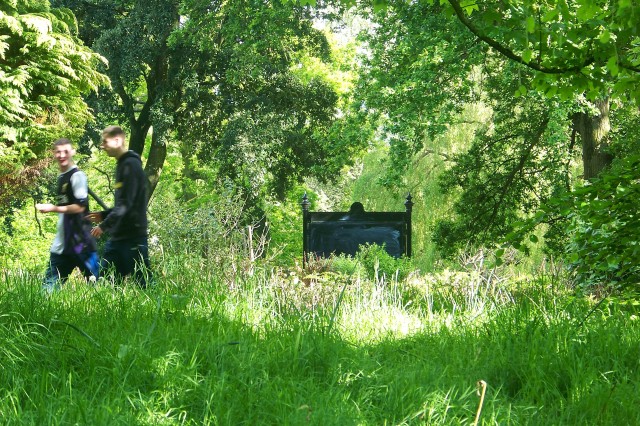 A park can’t but make you nostalgic.  Dreamy and hopeful; in the spring showers when you smell that scent of growth.  In winter, frost icing the lawns and the skeletal trees like ebony against a steel sky.  The rare sunny days.  Of heat haze and sunburn, when everyone is there and the screams and shouts of the city at play echo round.  You recall and you look forward; you imagine and daydream.

Somewhere in the Ormeau, on the lawn under the red cedar, all the trees surround to muffle the noise of the city, that this park would never have known as quiet.  The smell of pine and the damp cut grass.  A dog gambols past, with a cursory sniff.  They held a parade the day this place opened; how very typical of a city on the march.  Sold off to the Corporation by the Donegall family; the oldest park in the city.  Wander to the lions that guard the bowling green; their manes and snouts eroded, neglected.  Pedal round the wide pathways, past the tennis and basketball courts.  The exercise machines which lure the curious and unfit.  It quietens you; the green, the trees.

By the lake in Victoria Park in the east.  Watching the ducks.  It’s what one does in a park.  This place, found down a warren of streets and under a dual carriageway, how strange to find it here. Not through a wardrobe but an unprepossessing underpass.  But just as peculiar an entry and with a strange hint of magic.  Planes screech overhead, Samson and Goliath loom. The ferries pass back and forth up and down the Lough.  Sweet nurtured nature surrounded by industry and water.  Everywhere you think of flight.  And yet by the edge of the lake and sheltered from the docks, you can still lean against a tree, look no further than the copse further along and daydream.  That outside, that has vanished. The magic does its work.

There was a skating pond in Woodvale Park, but after the war it was filled in.  There was an outdoor bathing pool in Falls Park, but that was closed for health concerns.  The citizens are not safe on or in the water. Keep the parks safe; as safe as you can when there are people there. Since then, those high parks, with their views over the city and the lough, are they still islands of green serenity?  Sanctuary in the troubled waters that surround them?  Safer to walk a dog and kick a ball in the lane ways and lawns, while beyond the railings everything and everyone was drifting towards … was crashing like a tide on each other.  Better to detach and drift, amongst the meadow flowers of early spring, the blossom that blooms so briefly then scatters like confetti as the days grow longer.  Under the trees and down by the stream. 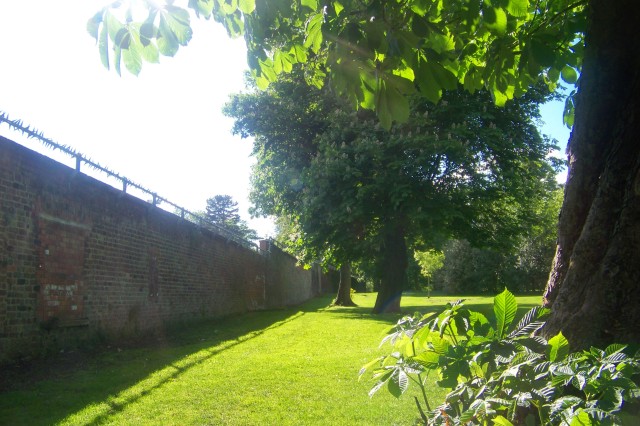 The park; the democratic place; free for all.  But here in this city, even tiny islands are divided.  Walk to Alexandra Park’s wall.  With a helpful door for the daylight hours. Not so magic entrance.  Are we sharing the space, to walk, to march, to run, to play? Some islands are occupied territory.  Claimed by the citizens who surround them.  No entry for those of a different tribe.  No daring to raid; escape is treacherous; as much in the mind as in fact.  Better to stay near, don’t stray is the thought.  Don’t explore.

No such thing as a truly shared space; James Craig threatening the liquidation of the enemy in the Ormeau Park. Murders at the Waterworks.  Idle swans gliding, while men do their worst.  Violence seeps in; nothing is really tamed.  Now we hear of youths from both tribes, those Lost Boys finding their own islands, arranging their tribal fights in parks away from the Landrovers.  Liquidating each other?  Or re-living the actions, the fears and the follies that followed even those men and those women in those pictures of the parks back then, long ago.

But.  But away from the fluttering coloured scraps of cloth that denote the demarcations.  And the rhetoric and fear.  Away from even ordinary monstrousness.  Inside the gates, down the pathways, round a corner and on a bench with rhododendron and beech and oak.  A sight of yew.  The sycamore’s palmspread leaves.  You can rest.  While songbirds dart and wheel and speak in their own tongues; and the twitching in the undergrowth is what you hope are rabbits, and the squirrels bound and leap. Away from the bands and the protests and the walls that close at night, these island-parks allow a little lotus eating.  A place to let your mind wander, a place to let yourself forget and simply be. Go today. 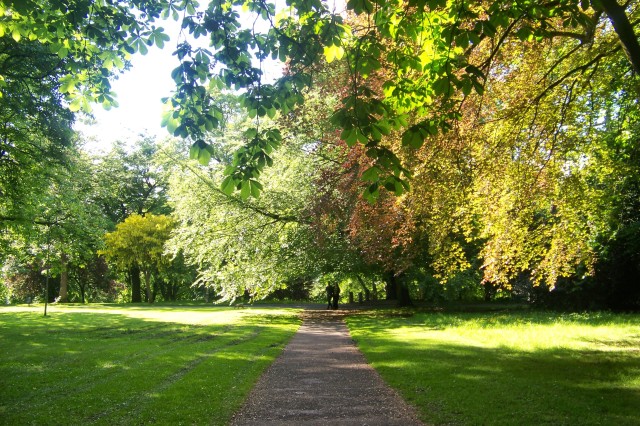