The pencils weren’t going to last. Even as she’d bunched them into the pot with their less-desirable, less-prestigious, workaday blue and red cousins, she knew it. They would walk when she was out of the room, borrowed never to be returned. It is a fact of life that pencils, like books, CDs, and cigarette lighters have a tendency to find their way into other people’s lives, but these pencils were off the scale in terms of their desirability. On the first day back she’d noted the furtive covetous looks from her academic colleagues, and the research students who used the project room that she shared with the other postdoc, Michael. She suspected he was the first to move on them. Either him or Prof, who spent more time in their room than his own office, gossiping and scheming away at his empire-building. Both of them had been consumed with envy after she’d returned from the research trip to Harvard; neither of them had been there, let alone spent time in the rare book room of the Houghton Library.

The Library was very generous with its pencils. As in most special collections reading rooms, ink pens of any description were barred, which meant that pencils had to be used for note-taking. On the first day there she’d heard the whirr of the mechanical pencil sharpener in the corner, and looking up had seen the box of free pencils on the table. She’d quietly stashed the propelling pencil she’d bought specially for the visit back in her bag, and gone over to investigate. Seeing her pause at the sharpener, a clean-cut library assistant had come over to her, smiled knowingly, and told her to take a few.

“They make nice souvenirs,” he said, as he inserted one into the sharpener, “It’s automatic. Like this.”

She’d reddened up briefly, then taken six. The pencils radiated class: light burgundy in colour, with the Harvard Library crest and ‘Houghton Library’ embossed in white. The eraser-holder was gold. She wondered if six was enough.

Within three days of her return to Belfast there was only one left. Michael had openly added one to his collection. It was brazenly displayed at the front of his hoard, inviting comment. How many of them had he actually paid for?  When she remarked about her pencil he simply said,

“You gave it to me. What? You want it back now? Make up your mind, would ya? Jesus. It’s just a pencil.”

She took it back. The next day it was gone again. That morning, after they left, she imagined the conversation, Michael and Prof slagging her off over coffee at Clement’s. They spent a lot of time closeted there together these days. She’d heard the script many times before in their company: bitter, dismissive, and far-ranging. No-one was exempt.

In the evening she took the last pencil home with her, jabbing it in amongst the others in a dark corner of the desk under the gable roof. It was never just a pencil. 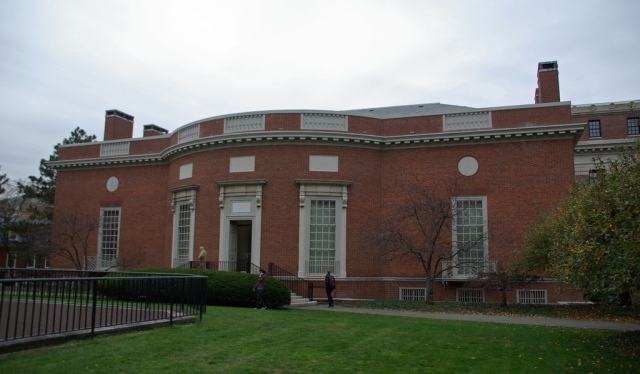 12 Responses to The Sharp End